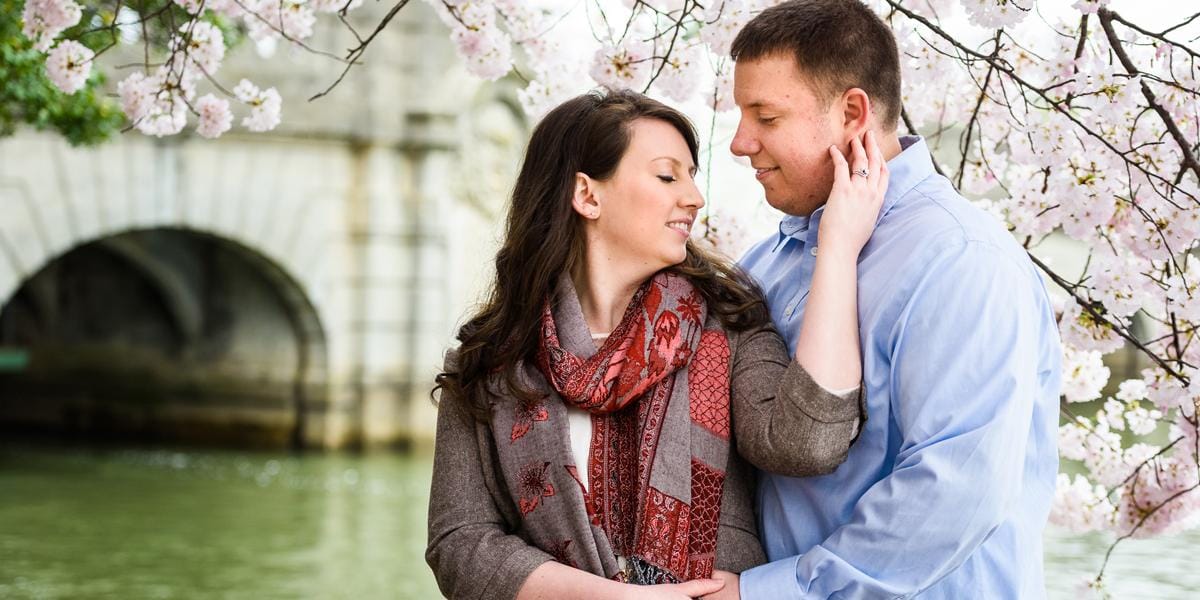 Spring is easily one of our favorite seasons, it’s so exciting to see everything start to bloom and color returning to the city. A few weeks ago, we met Megan and Brandon extra early to capture all the beauty of this stunning season! They were such a fun couple, and clearly in love. You two are adorable!

The First Date According to Brandon

Our first date was at none other than the “Big Easy” in Raleigh, NC. Megan and I were really good friends and worked together at the gym in college. I had graduated and gotten a job in DC and would visit everyone in Raleigh from time to time. For as long as I had known Megan, she had a boyfriend, but she had recently become singe. We had spoken and texted a few times and there was a little bit of a spark there. On one of my visits, a group of us went to the “Big Easy” for drinks. I remember thinking Megan looked good that night and we were joking with each other a little. Once we got to the “Big Easy” we kinda separated from the group and started to hit it off. I guess I was feeling a little too good and drank more than I should.  I started to get sick and had to go to the bathroom. Most people wouldn’t consider this a date but rather a night to forget. Instead, I remember clearly coming out and telling her ashamedly that I had just gotten sick in the bathroom. She smiled very carefree and told me not to worry…she had some gum and it’d be alright. The fact that we could hit it off in a place like the “Big Easy” and I didn’t ruin the night, proved to me that I wanted to spend more time with this girl and see how great things could be on a good night. 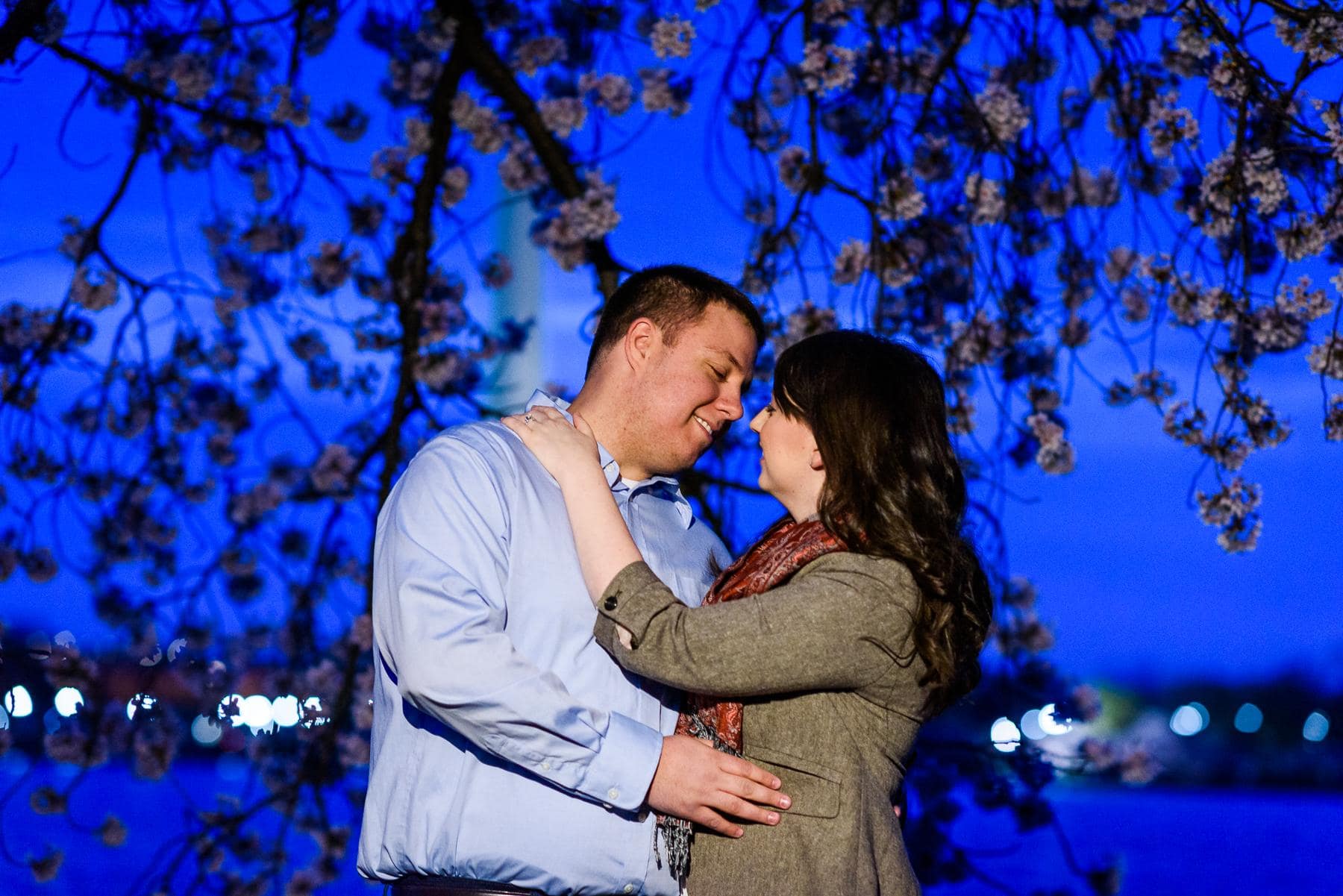 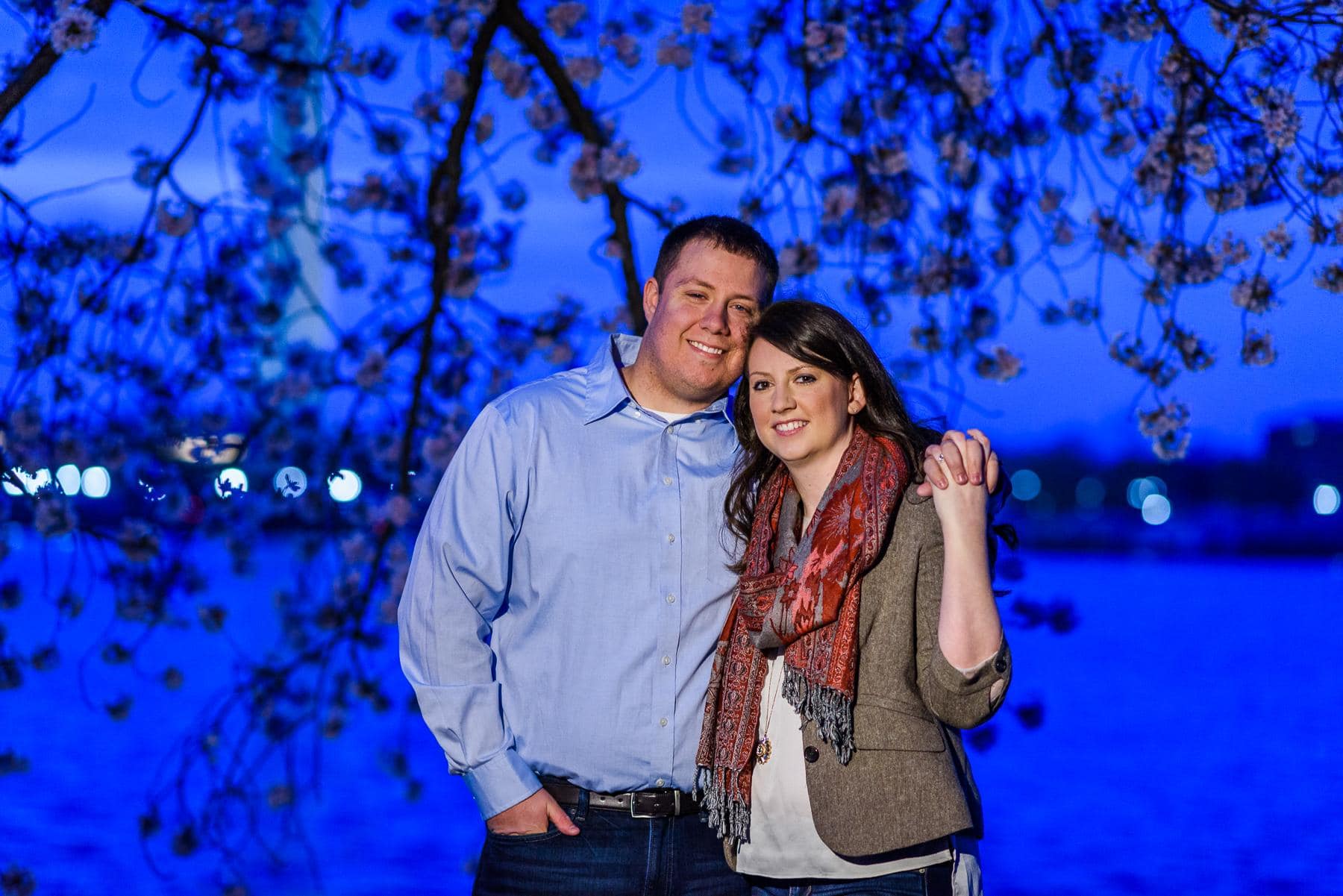 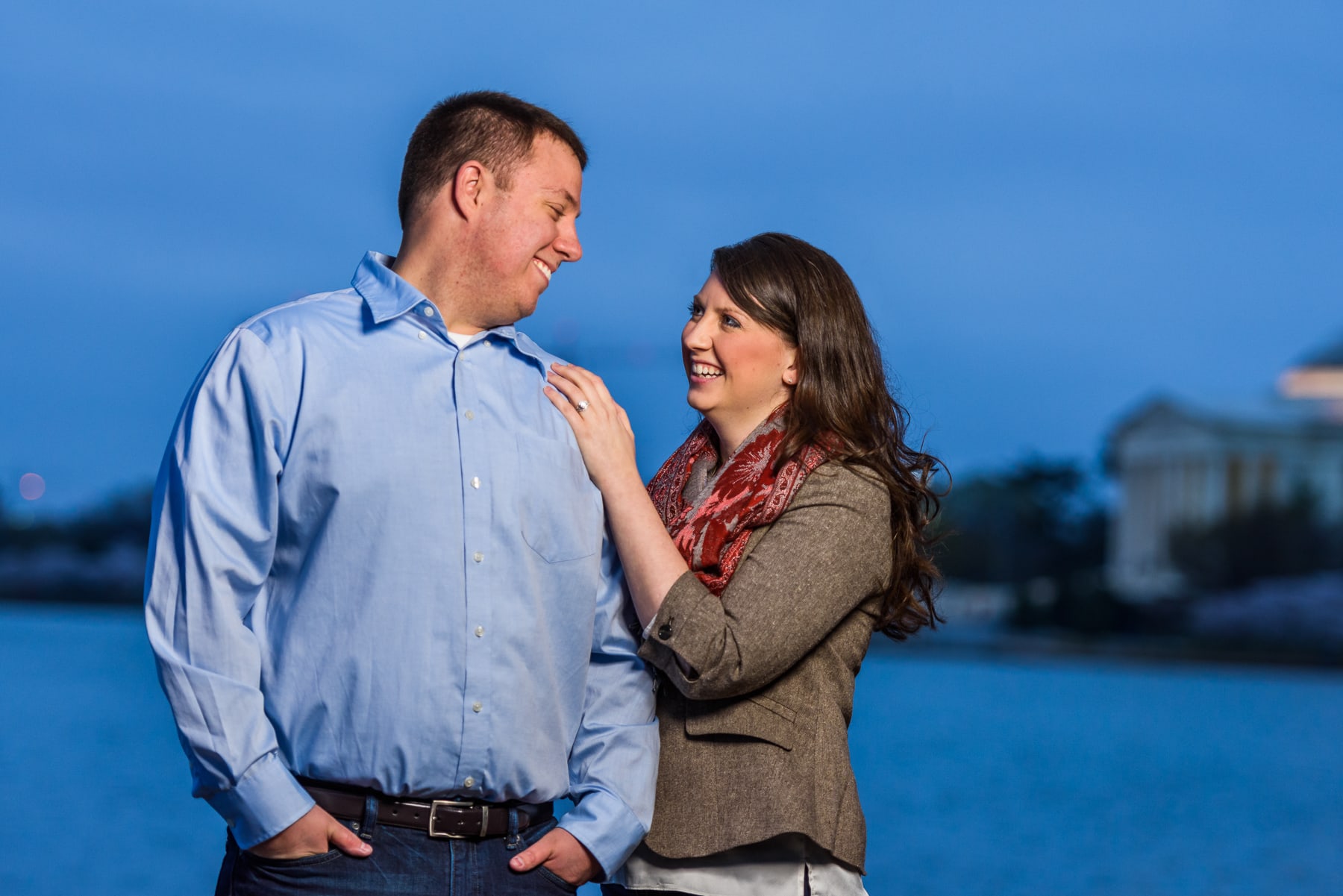 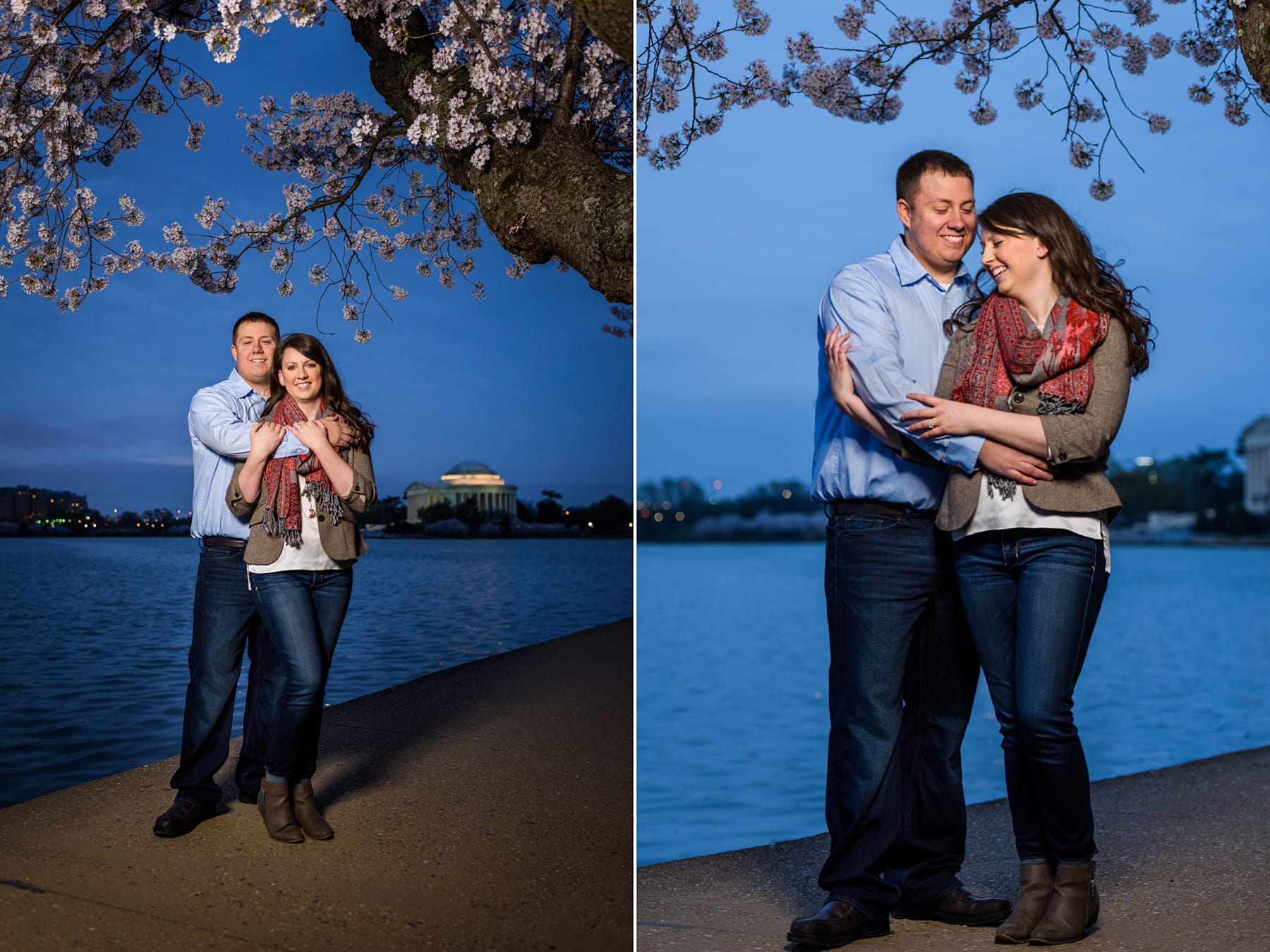 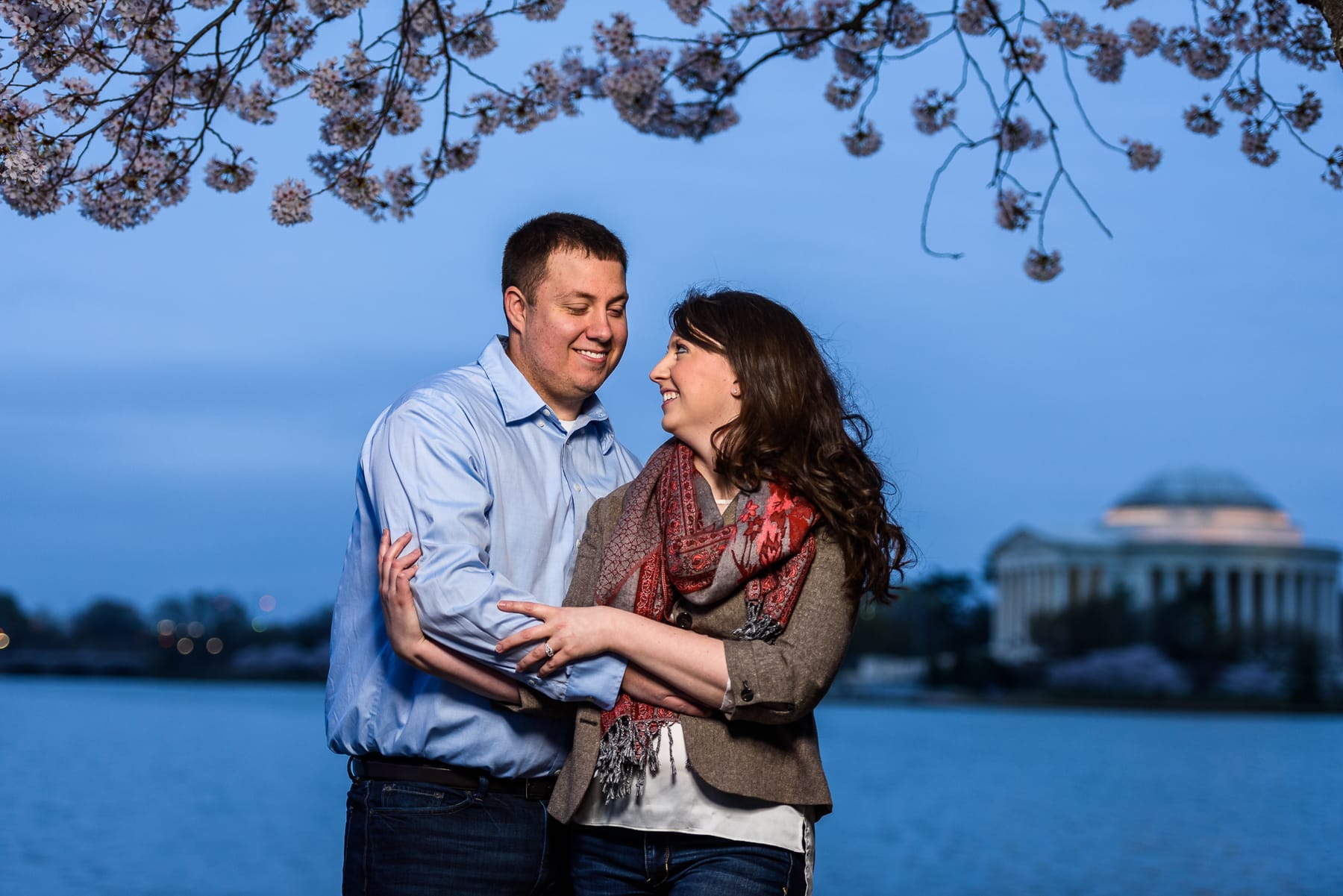 Brandon’s story about our 1st date is pretty accurate, haha. I’d say this was an accidental first date, because we were just going out with a group of friends, but ended up spending most of the night talking to each other. We had a good time on what most would have considered a disaster date, and both knew that we wanted to see where things would lead in the future. For the record, our “actual” first date was great, and was a lot less eventful (in a good way!). 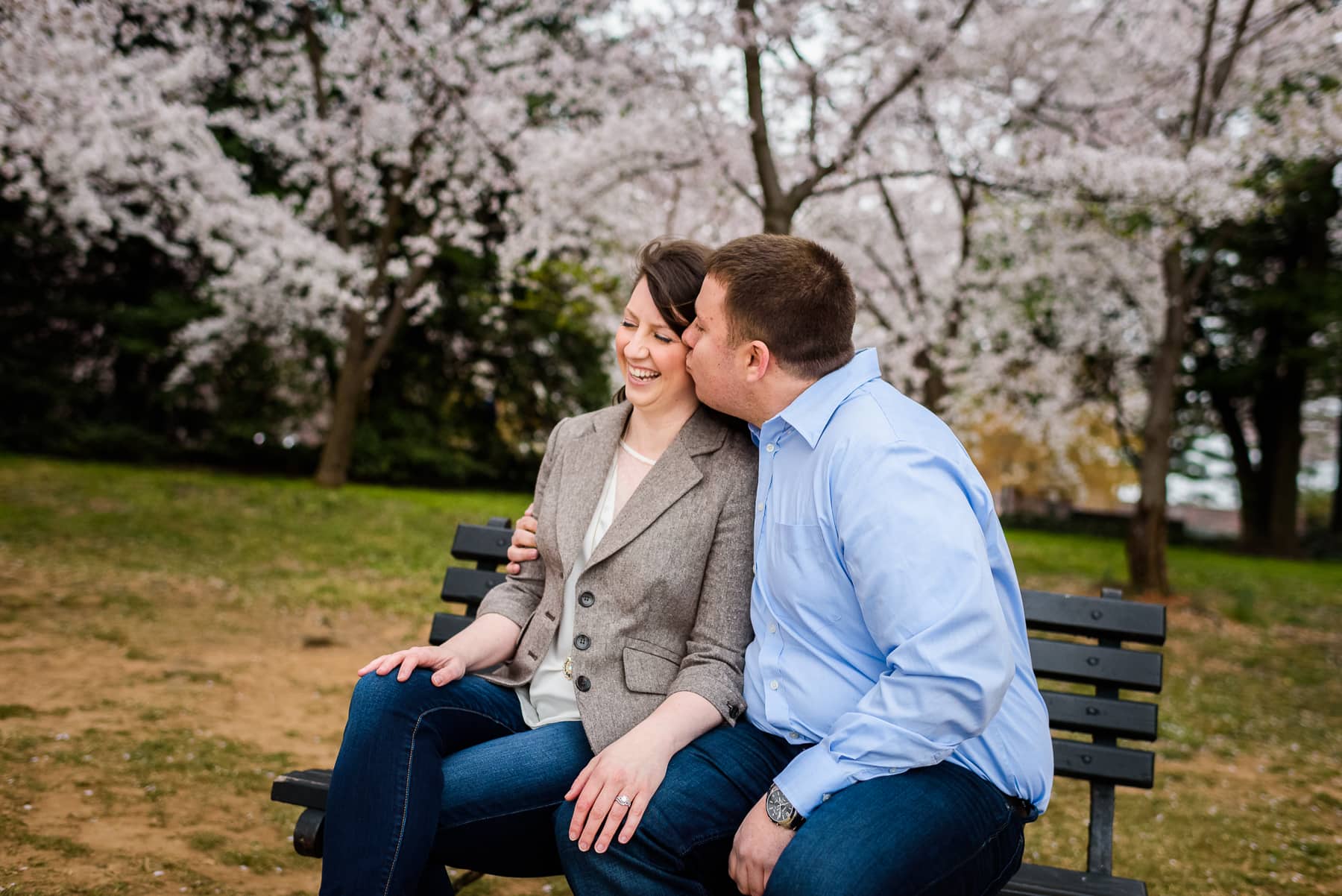 Megan: It’s a tie between the impressions of different people/accents he tries to do and the ridiculous faces he makes. His favorite accents/impersonations are a New York accent, a Scottish accent, and Harry Carey. One of the things I’m most grateful for is his sense of humor. He can always make me laugh! If there are any outtakes from our photo shoot, you’ll probably see the faces I’m talking about!

Brandon: She literally watches the show “the Office” over and over. I agree that it was a great show, but I’m pretty sure she’s watched it at least five times now. I always give her a hard time about watching it over and over. 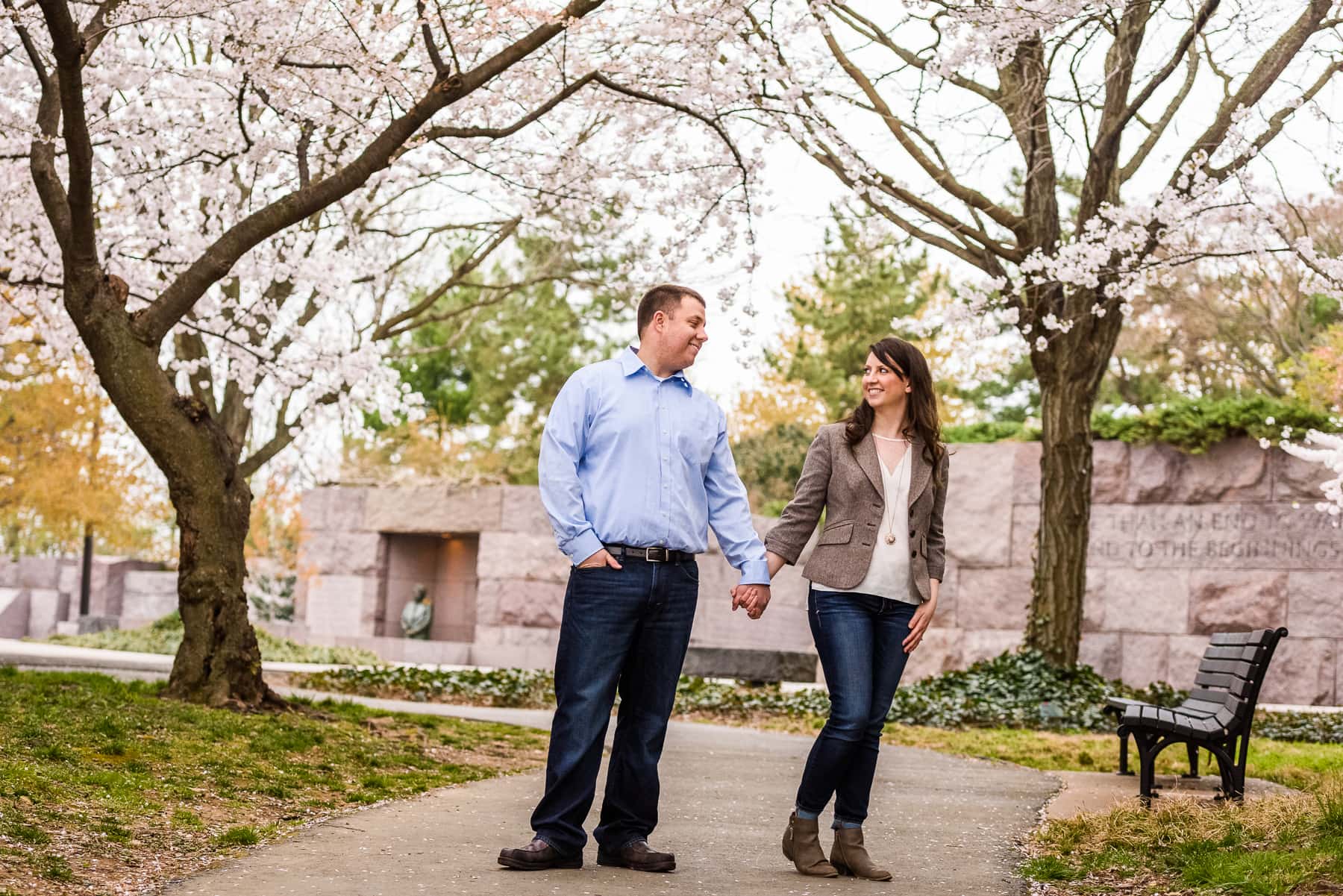 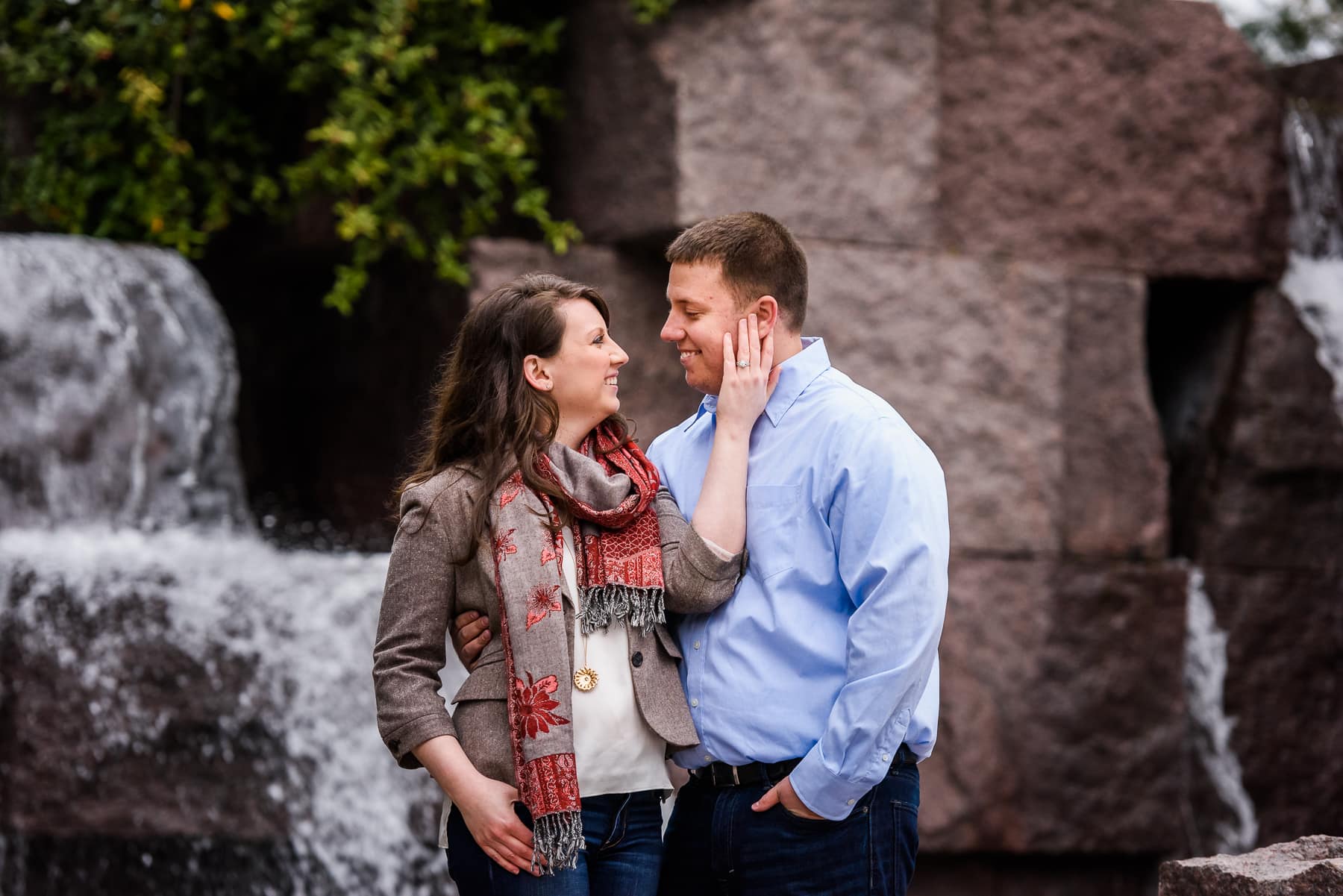 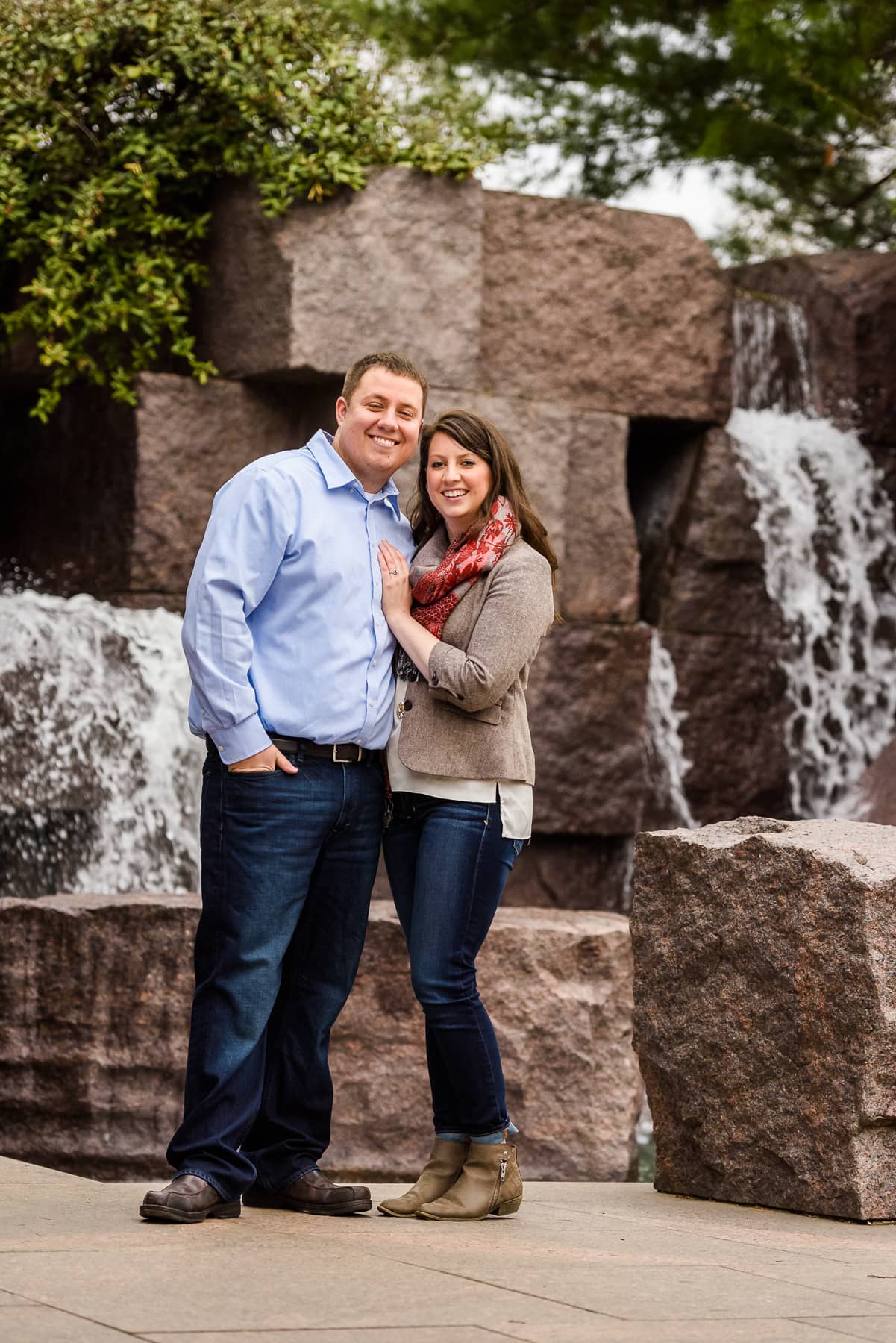 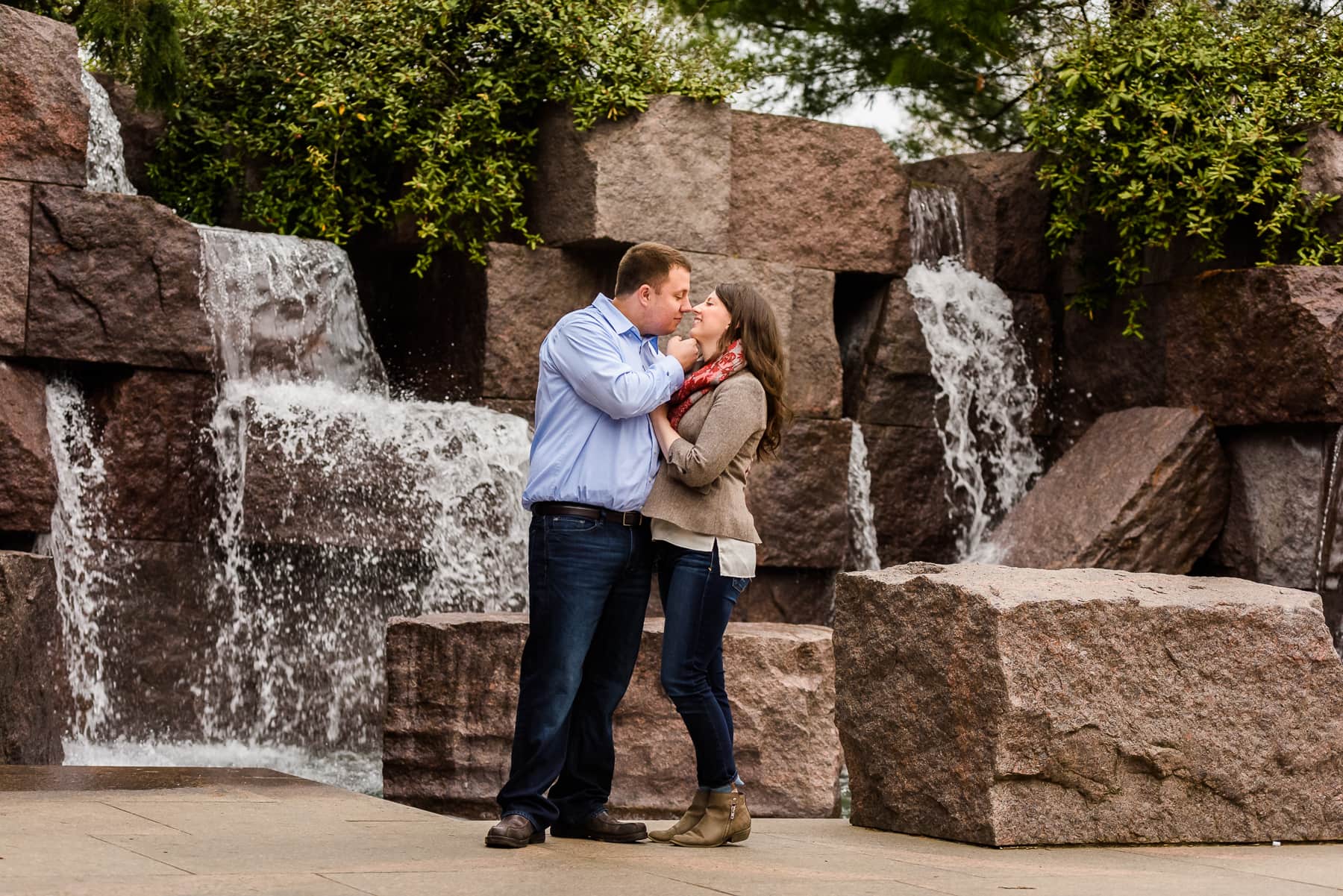 Brandon: Megan is the kindest person I’ve ever met. There is not a mean fiber in her body. She is kind to animals and kind to strangers. Her love and compassion for others is unwavering.

Megan: He is my constant reminder to slow down and take it easy. I tend to get wound up sometimes and want to see and do everything. Brandon has shown me the value of taking the time to enjoy what’s in front of me right here and now. If Brandon saw this he’d probably say “Earth to Megan!” which is what he says when I get ahead of myself or get a little to wrapped up in a project or idea…or looking at my cell phone. 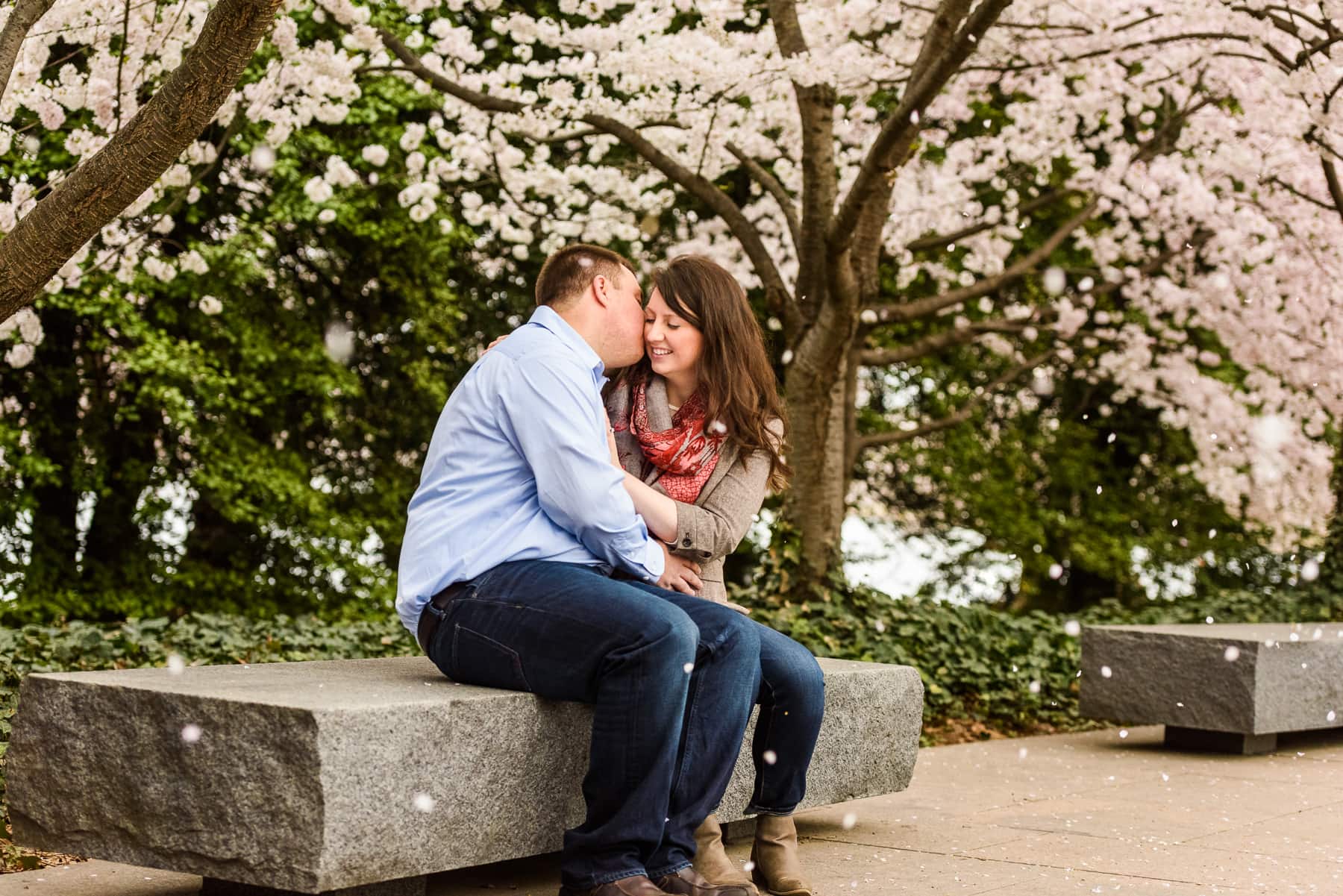 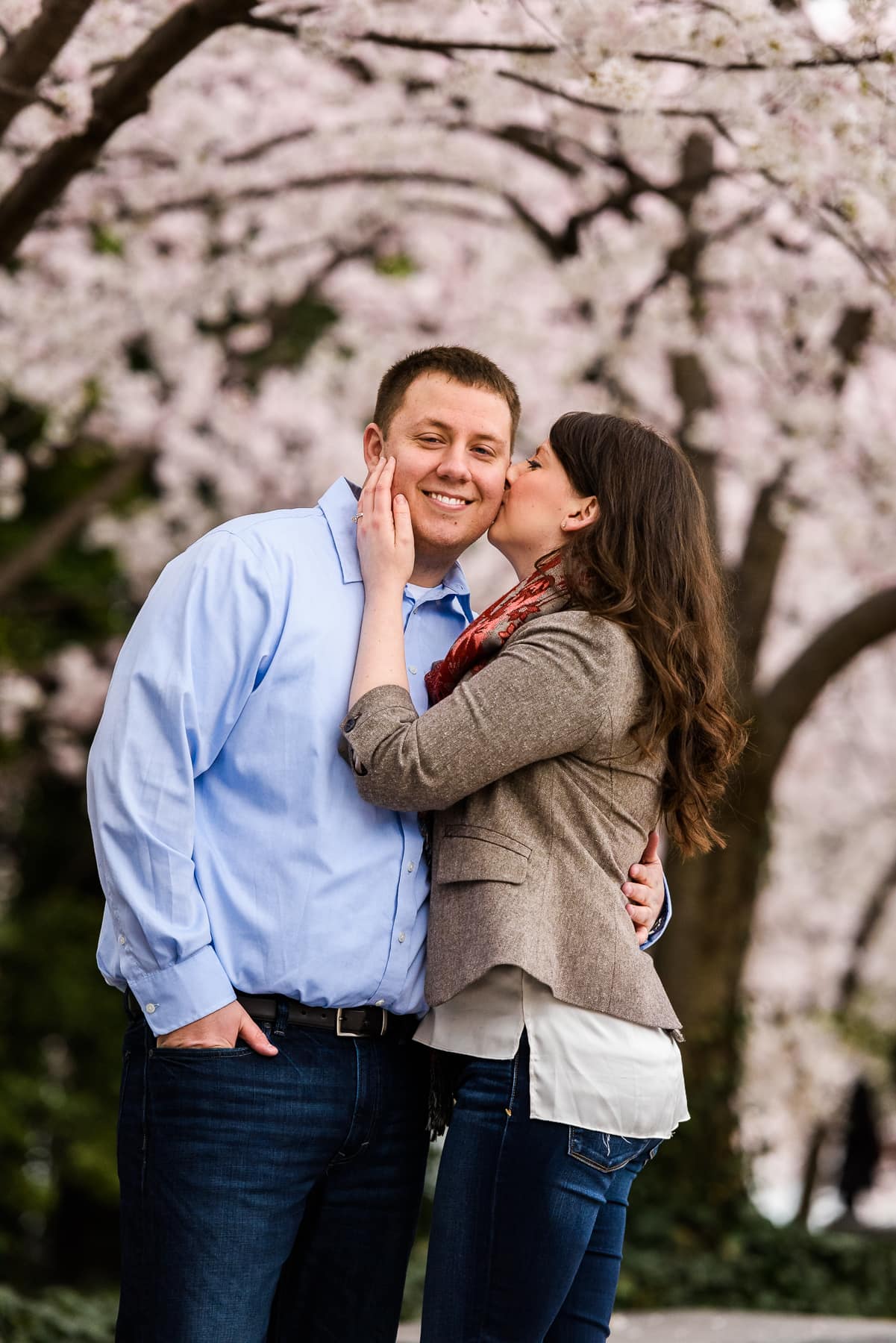 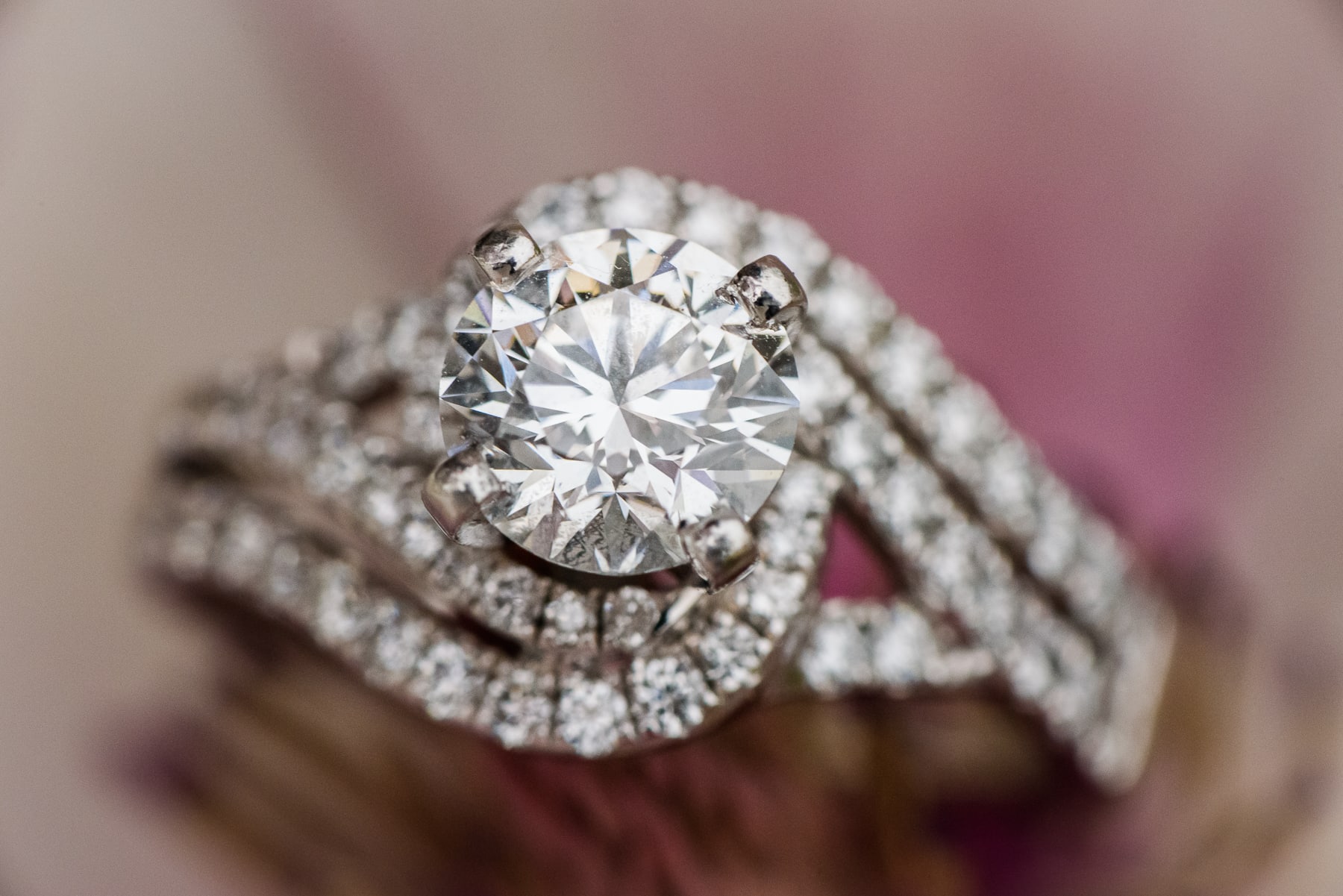 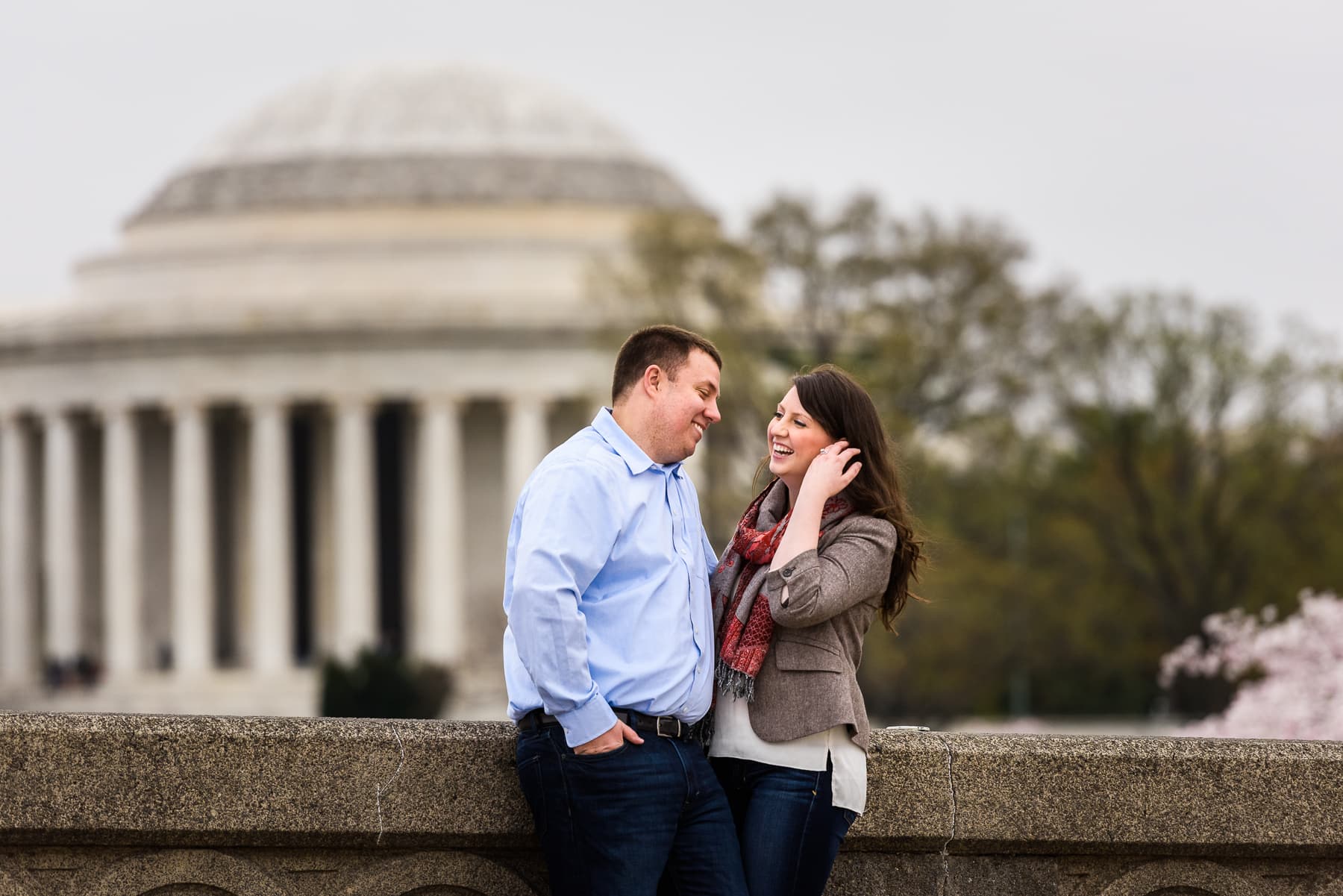 Brandon: I don’t think we really have a special song, but I’ve always liked the Pina Colada song. This may sound weird, but I think we’re like the couple in that song. We may not be putting in classified ads to date other people but I think even if we fight or get tired of each other I think we realize that we’re perfect for each other.  And we like Pina Colada’s and getting caught in the rain, or getting ice cream and just watching a movie and chilling. We definitely enjoy being casual and she definitely helps me to enjoy the small things in life.

Megan: When Brandon and I first started dating, it was long distance, but every time we would visit each other, we’d always hear the song called “Fireflies” by Owl City, at least once or twice. It was really strange how often it played, but it’s actually one of my favorite songs. After hearing it a few times, I was thinking well… I guess this is our song?? The jury is still out on what “our song’’ is,  but whenever this song comes on the radio I know that we think of each other and all the times that we spend traveling back and forth between DC and Raleigh, NC to see each other as often as we could. 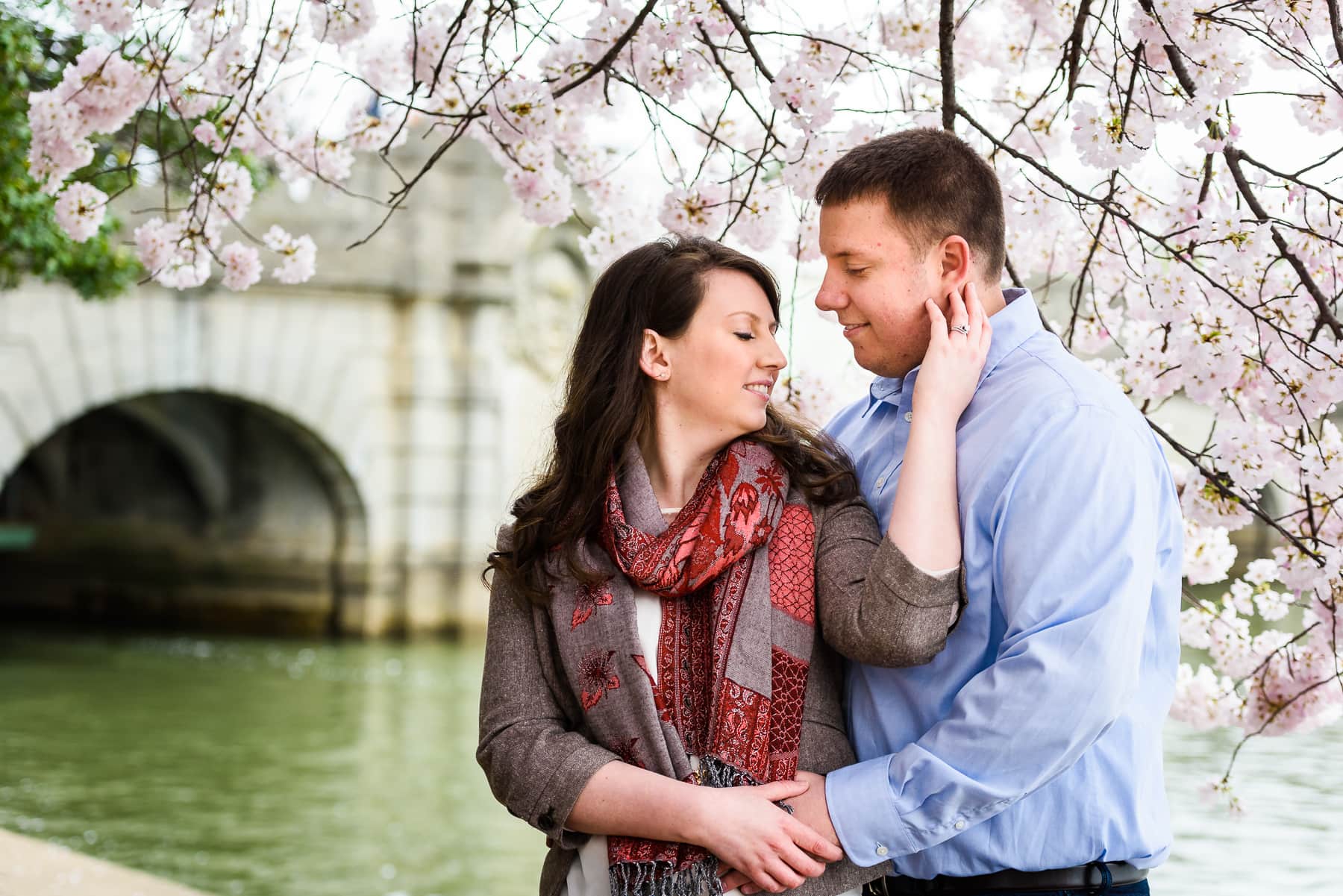 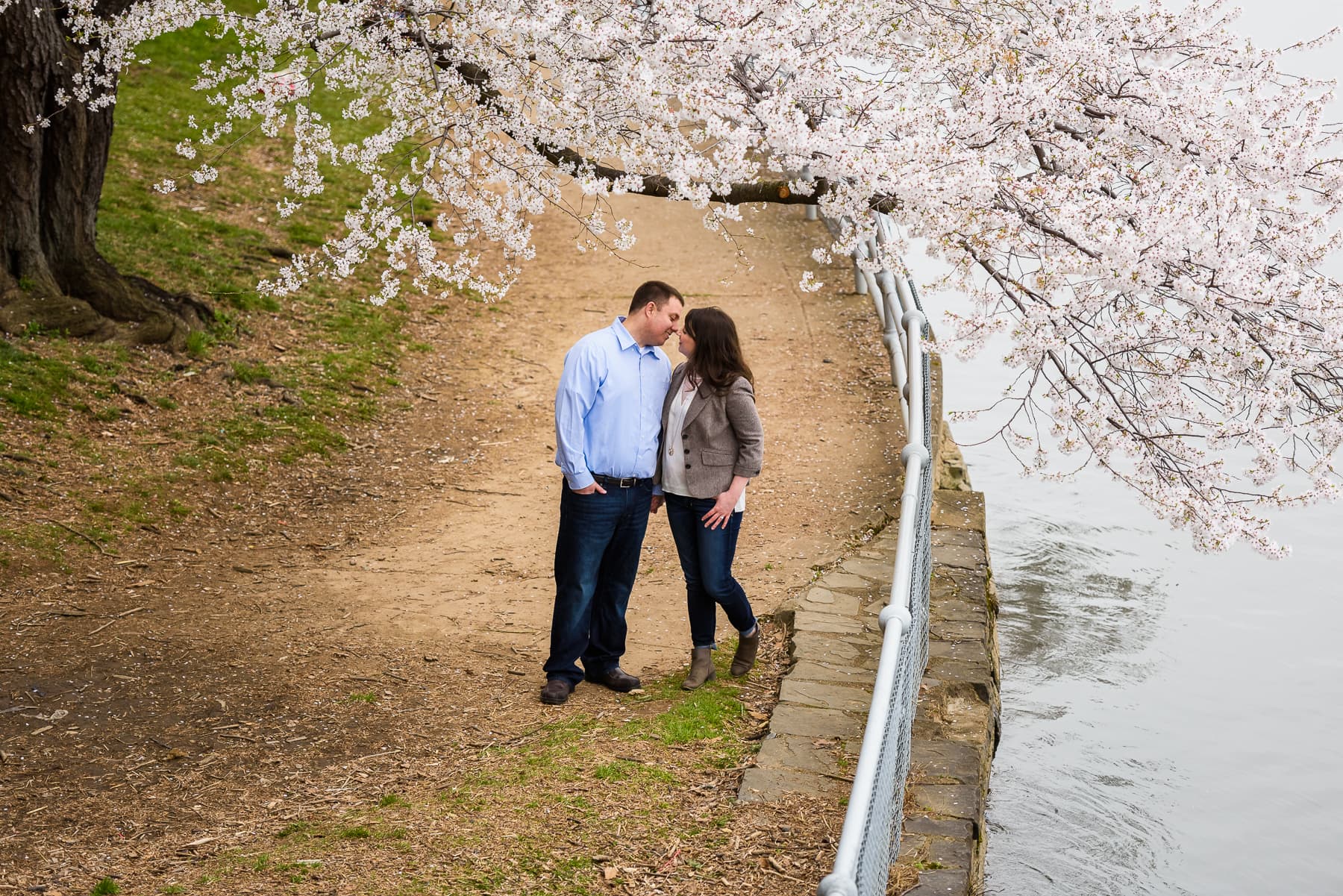 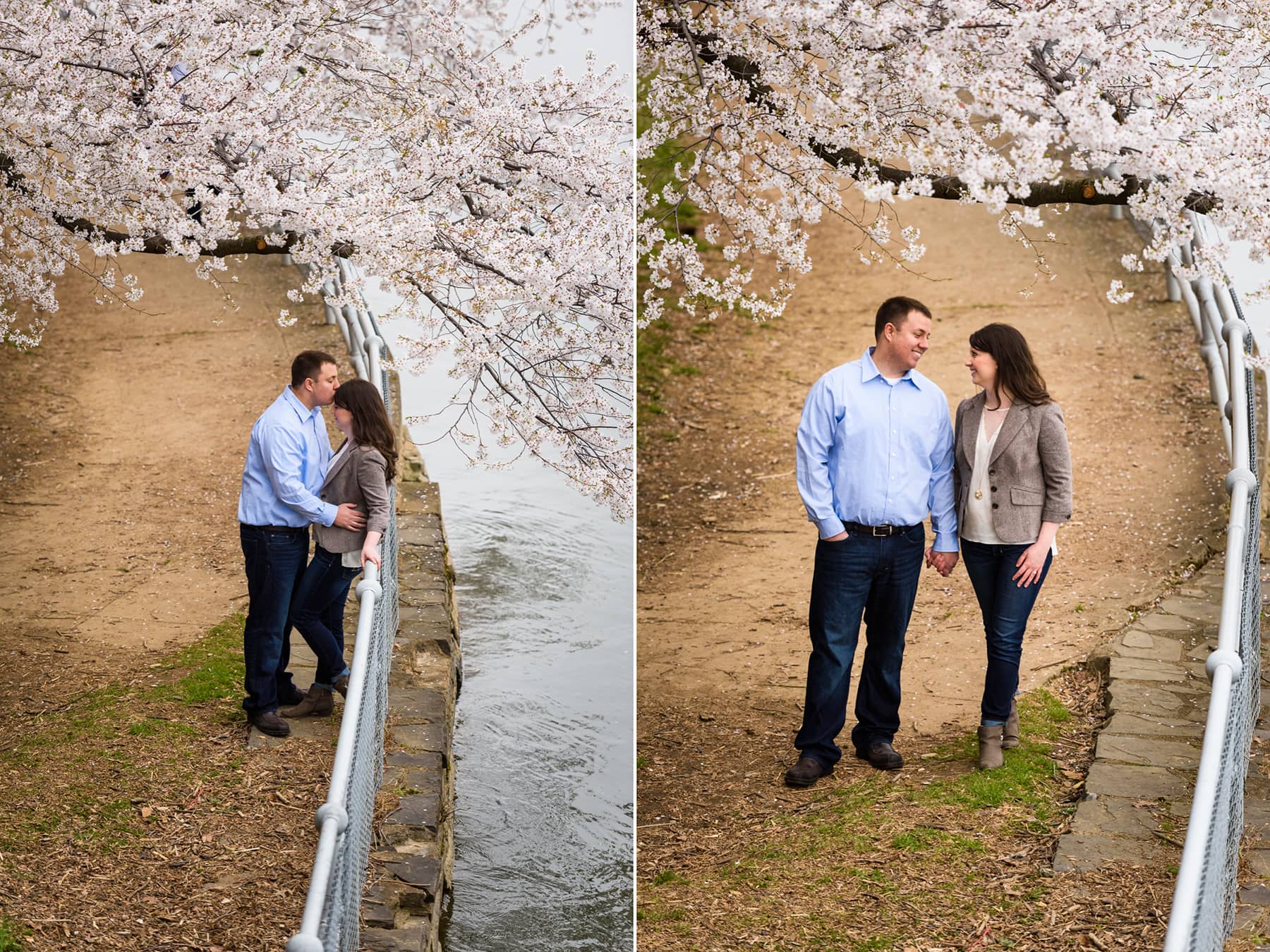 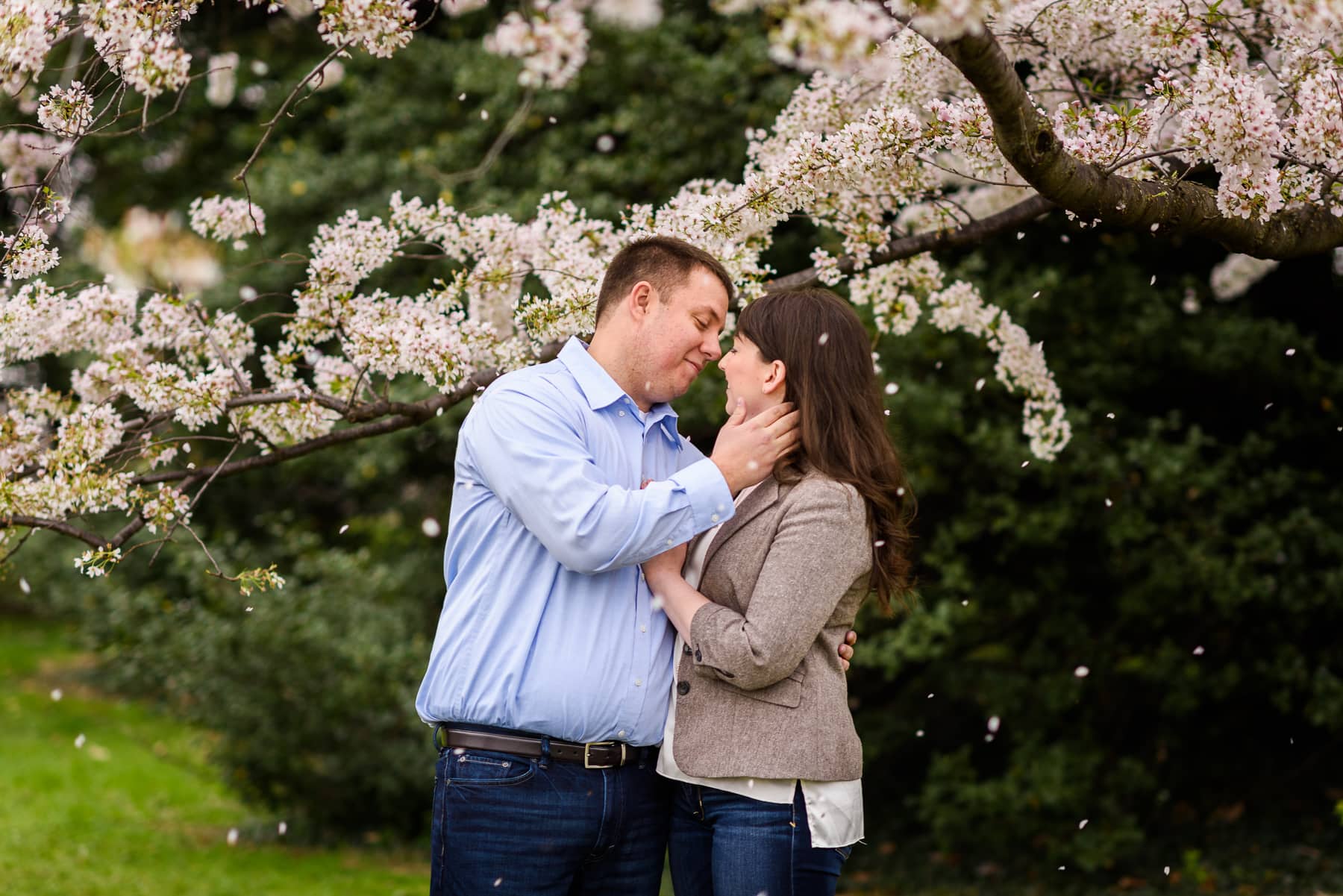 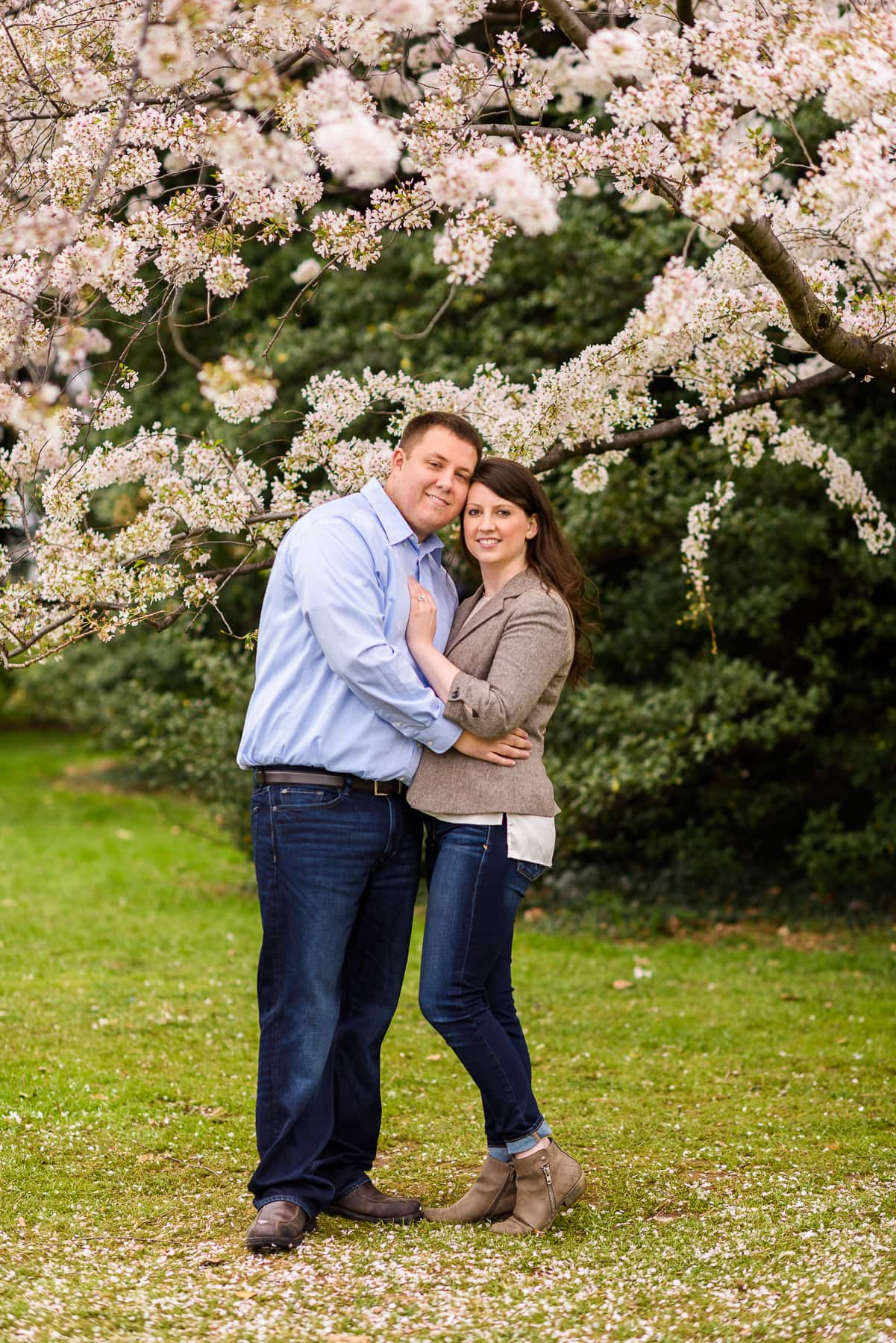 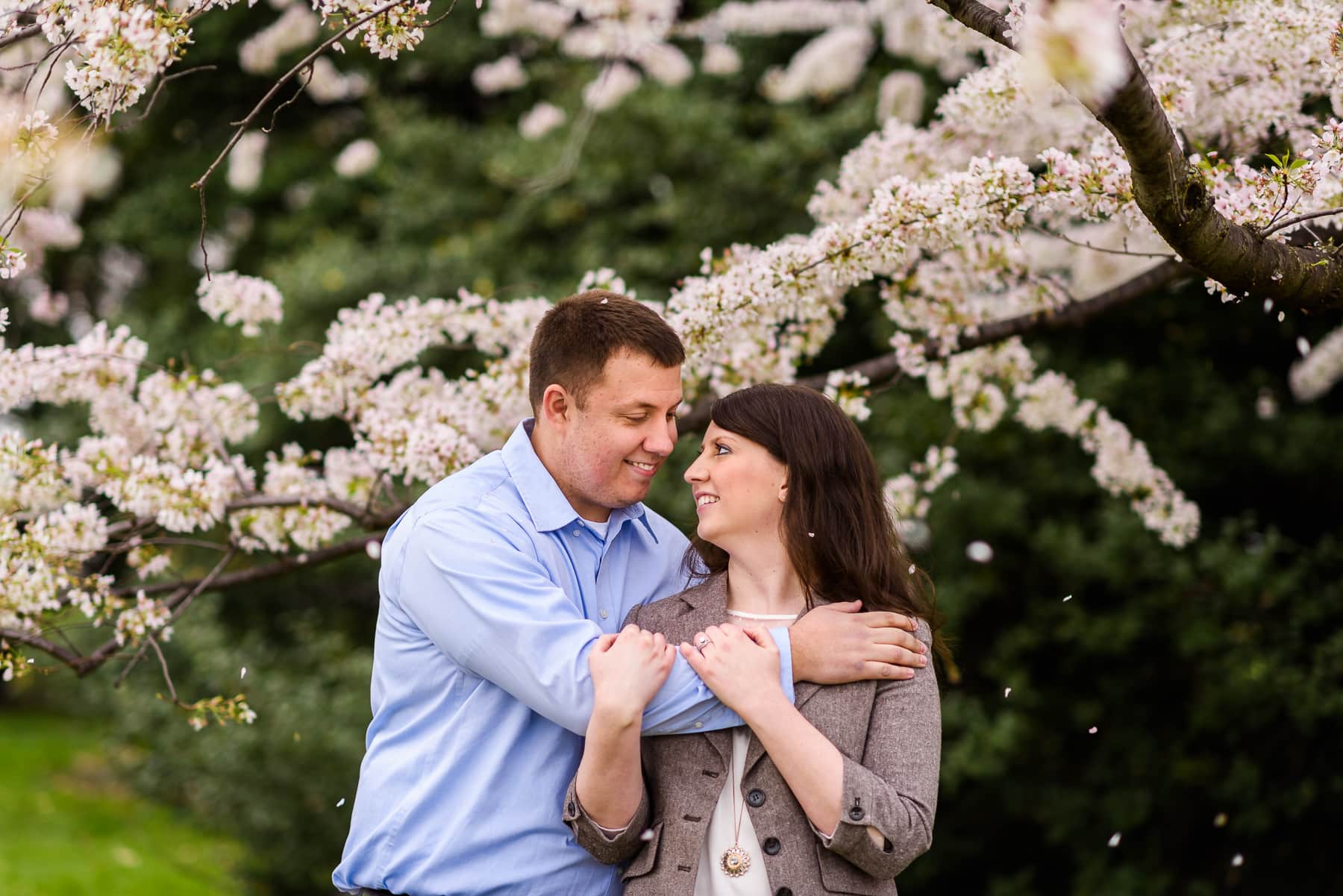 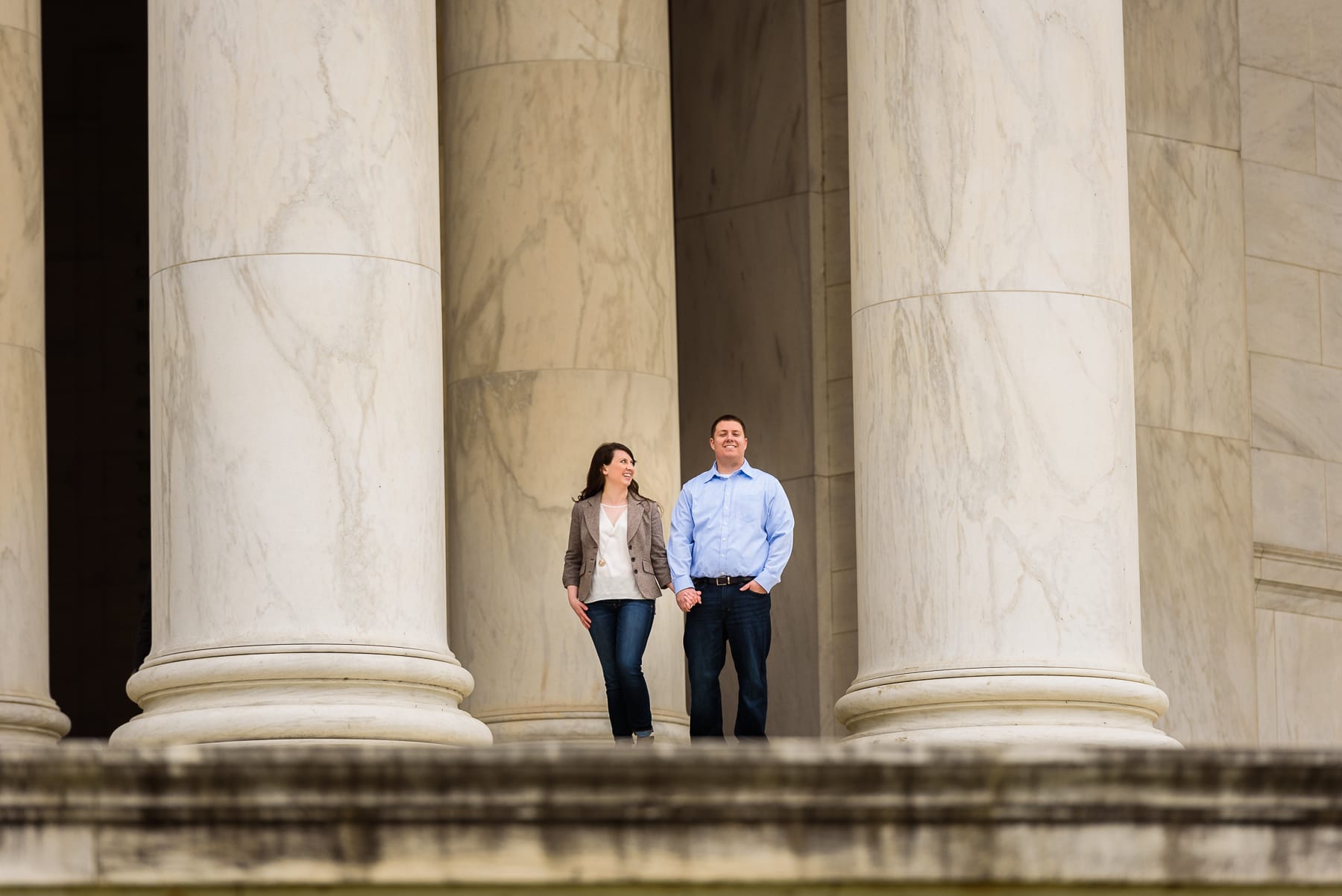 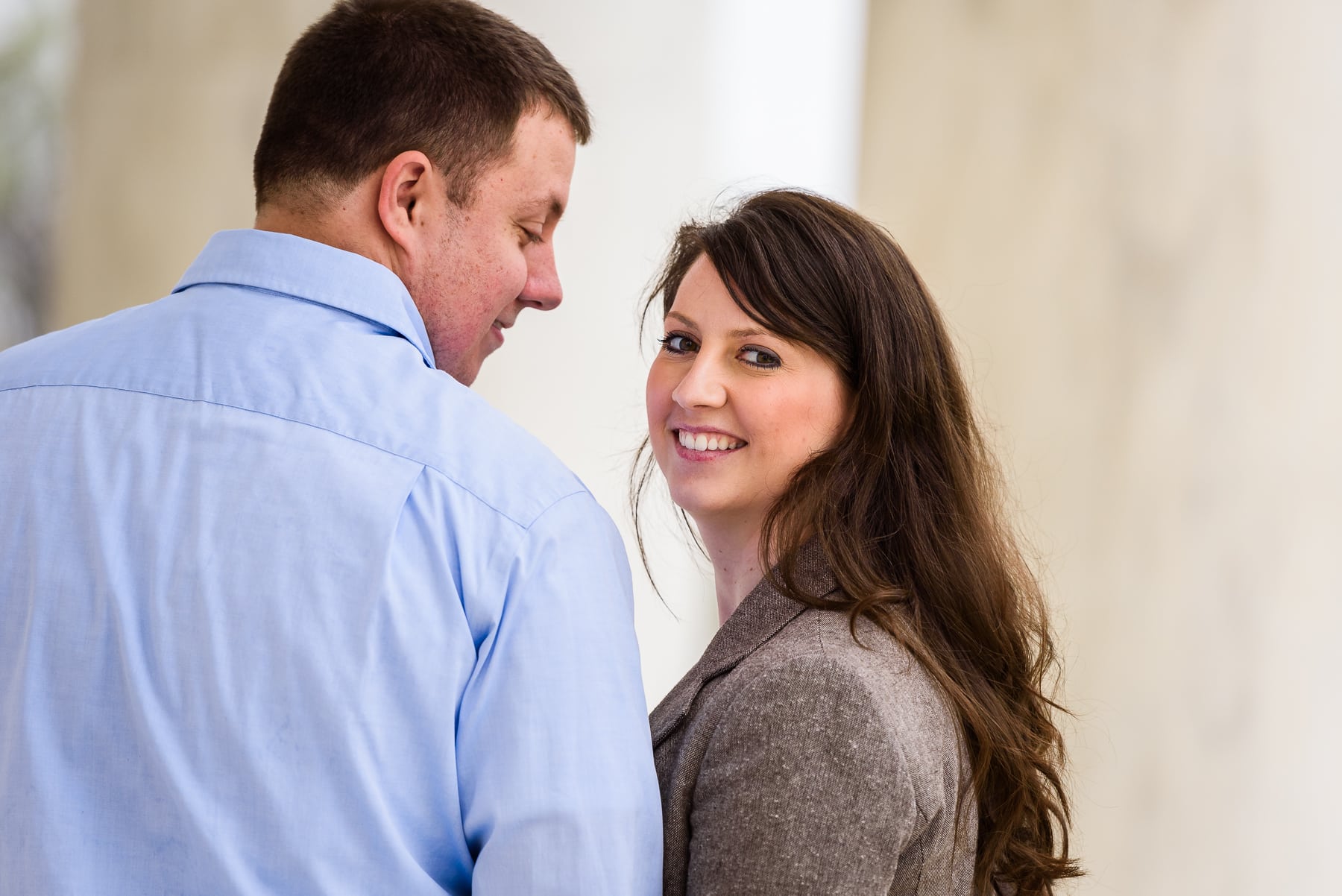 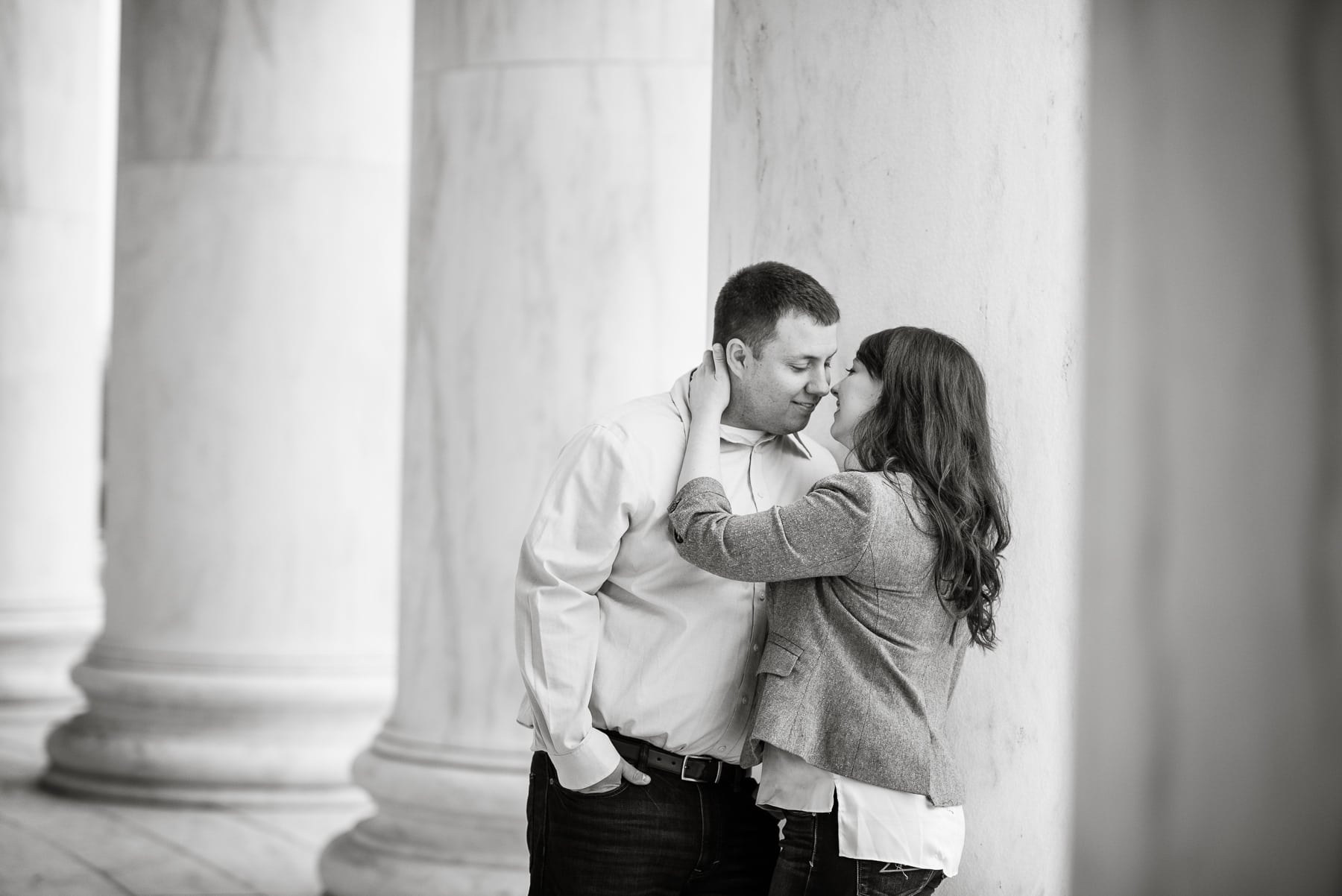 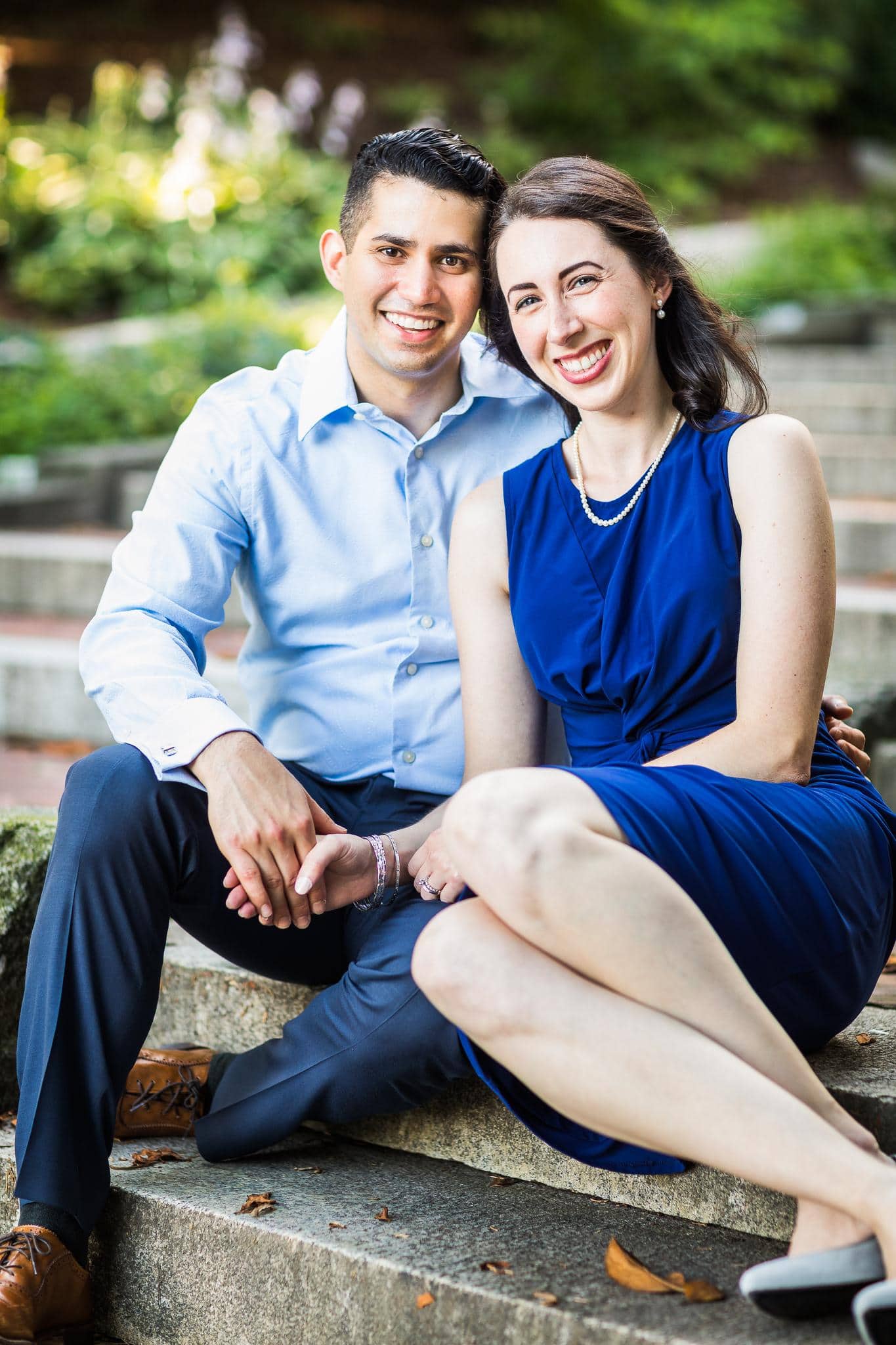 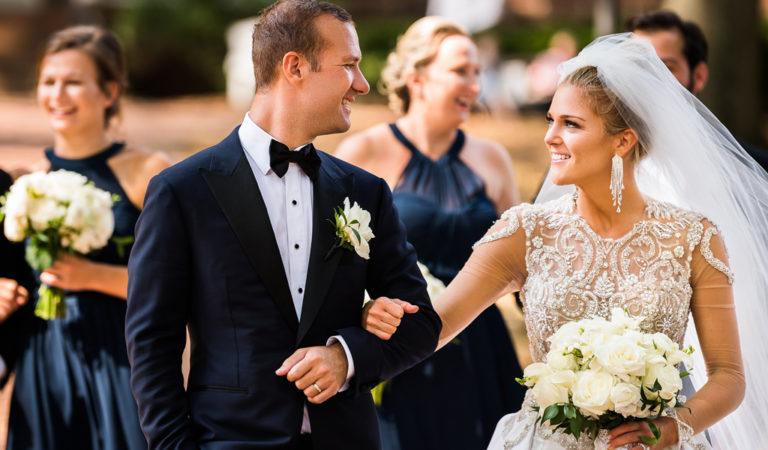 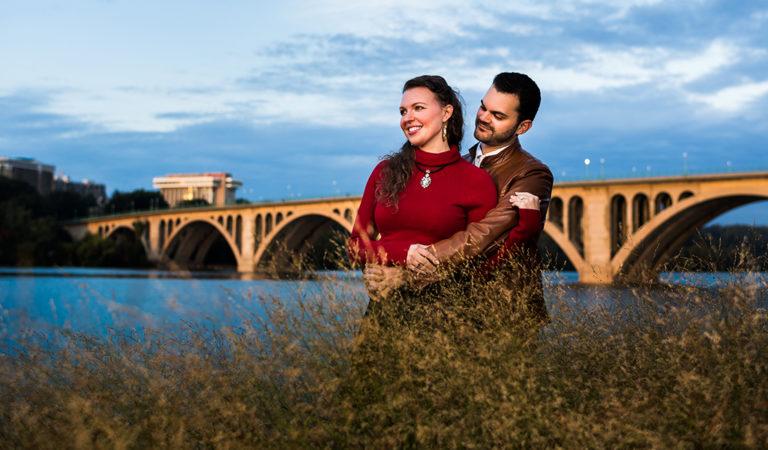 Have The Best Engagement Session Ever! 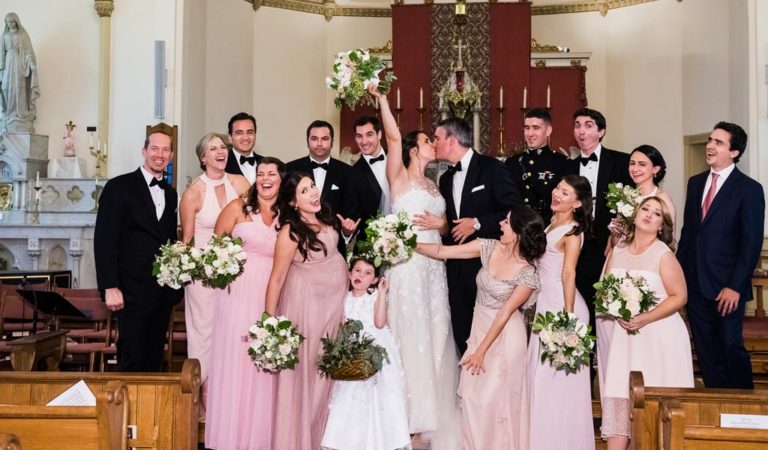 How To Create The Perfect Timeline 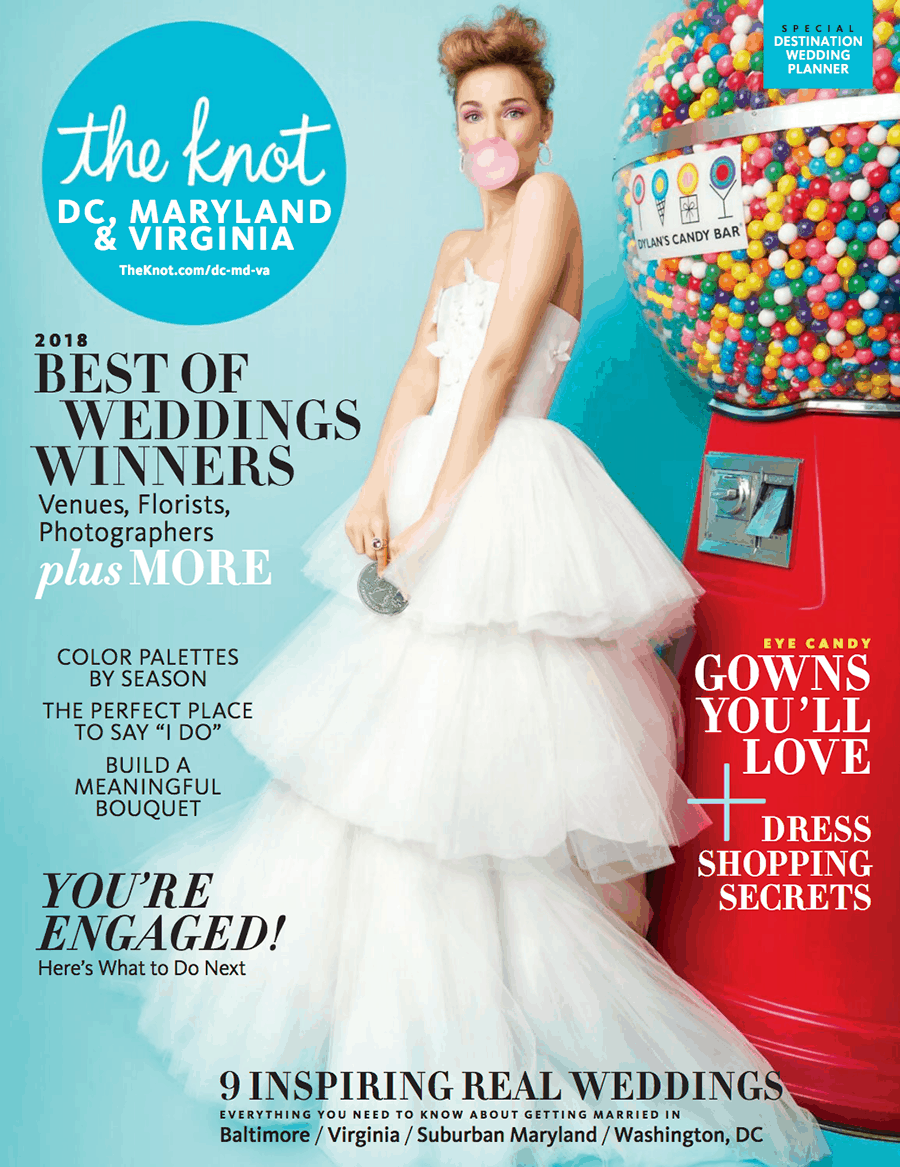 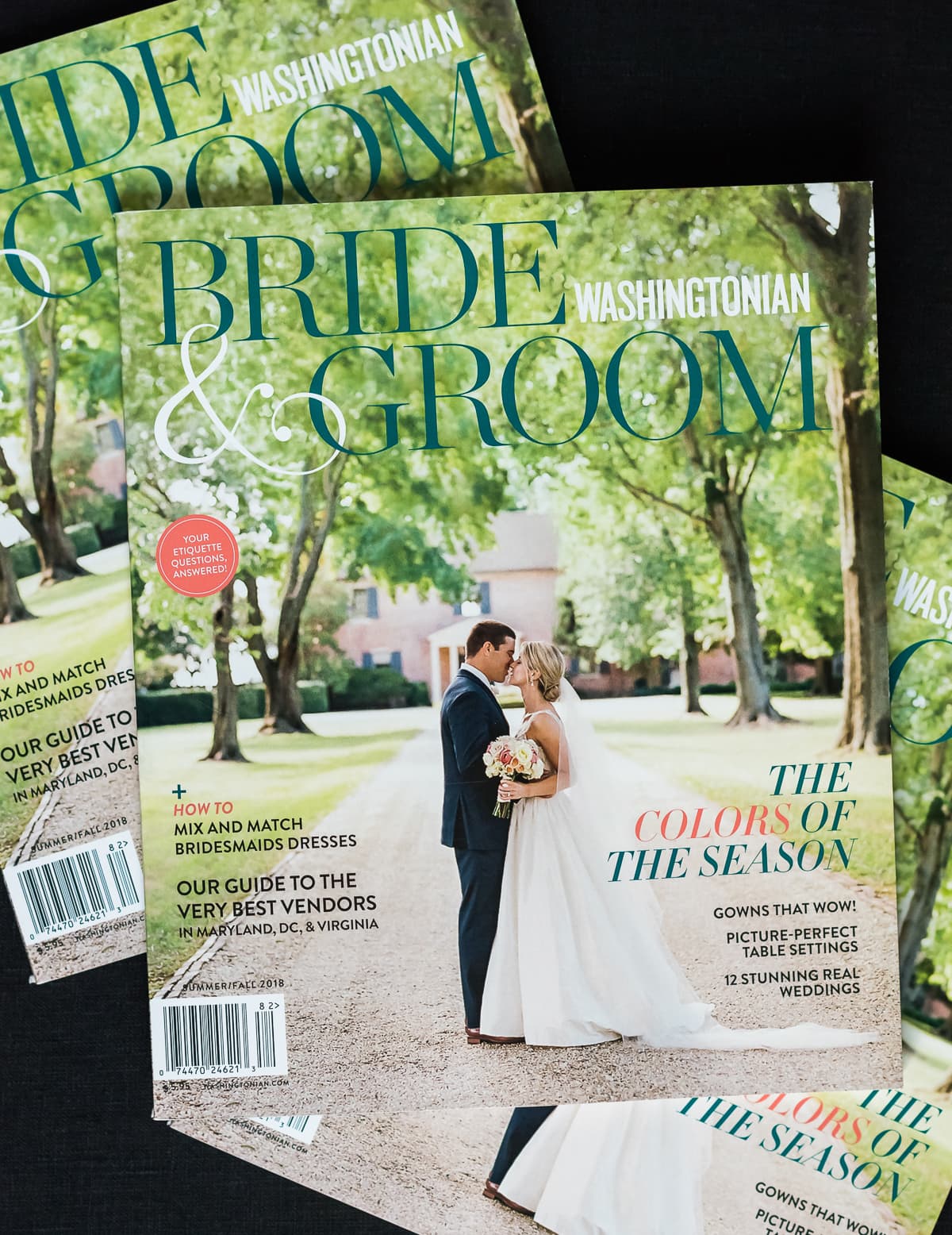 Accepting Only 1 More Couple for 2020. Fill Out Form in "Contact" Tab to See If Date Is Available!